MapleStory 2 will be released in China

As you know MS2 has been published in Korea for long time. Maplestory has attracted plenty of fans from China these years, too. So Maplestory 2 was expected to be released in China. Now all's dream come true.

Developed in-house and launched in Korea in July 2015, MapleStory 2 is a massively multiplayer online role-playing game. In addition to its endearing 3D graphics, its ‘big adventure’ setting features dynamic action sequences and provides players with the ability to create their own exciting game contents. MapleStory 2 received the Grand Prize and Technology Creativity Prize (Character Category) at the 2015 Korea Game Awards in November 2015. It has been widely recognized as the most popular and the highest quality PC online games launched in 2015.

‘Our relationship with Tencent has been forged through seven successful years of servicing Dungeon&Fighter in China, and we expect MapleStory 2’s success as well,’ said Jiwon Park, the Representative Director and President of Nexon Korea. ‘We look forward to continuing to work closely with Tencent’s talented team to provide consistent service for MapleStory 2 players in China.’ 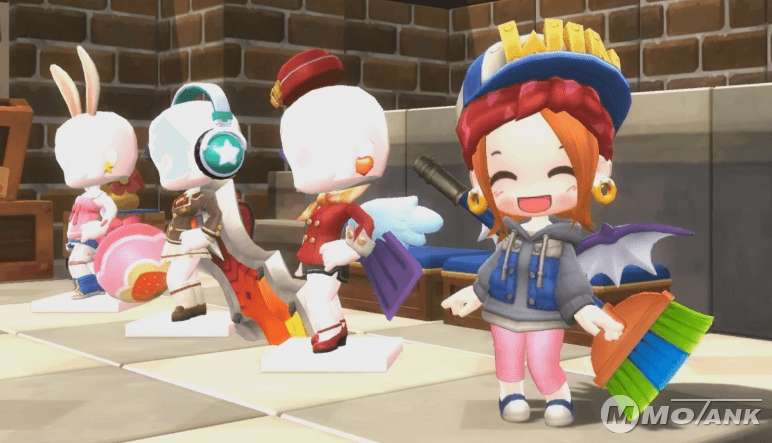 Ma Xiaoyi, Senior Vice President of Tencent, stated, ‘We believe that having a rich pipeline of games is important in today’s diversified market. Our differentiated games and advantage in the market allow us to meet users’ diversified preferences and needs. MapleStory 2 is a high quality, innovative and creative game with rich and flexible contents. This partnership strengthens our deep relationship with Nexon, which we expect to produce successful results in service of MapleStory 2 in China.’

Whatever, I believe many guys are waiting US Server Maplestory 2 come to us like me. We are also preparing for this new version. The key task is to look for the methods of making Maplestory 2 mesos faster. And how to level character quick and safe. If you would like to buy the service, Mmotank store will be your best choice.