Lost City is the final quest in the Camelot quest series. Your objective is to unveil the plot developed by Morgan Le Faye & the Sinclair Family to destroy Camelot and the Knights of the Round Table. 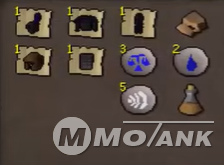 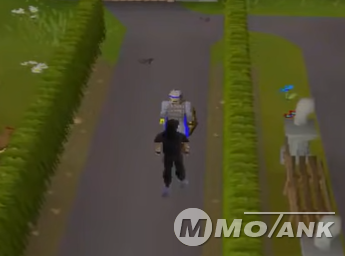 Speak to Gossip, who is located outside the Sinclair Mansion to begin the quest. The mansion is to the northwest of Camelot Castle. Once the conversation is over, you need to speak to the suspicious guard, who will mention that no one is allowed to enter Camelot or the Sinclair Mansion.

Walk to the eastern side of the mansion, smash the window, and climb inside. First, grab the scrap paper from the dining room on the ground floor, and then head to the 1st floor to get the address form from the library. Finally, take the Black Knight helm from the western bookcase.

Take the three pieces of evidence to the suspicious guard, and then speak to Gossip. Choose all three options to learn about the Sinclair Family’s history. You need to go to the courthouse in Seers’ Village now to speak to Anna, who has been set up as the killer.

Anna will strike a deal with you in exchange for helping her prove that she’s not guilty. Go down the stairs of the courthouse to begin the trial. If you want to crack the case yourself, you can speak to the six servants in the mansion, which is optional. 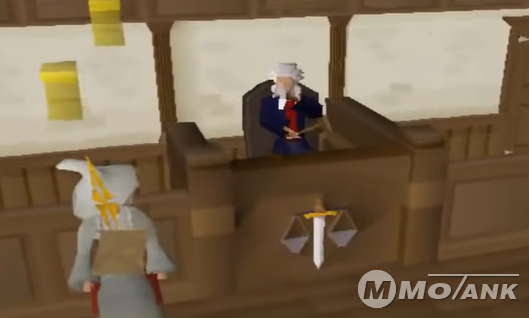 Exit the courtroom and speak to Anna in her cell. Now, go to the eastern part of Camelot Castle to check the statue by the temple. You’ll come to know that you’ve been set up, which is right before Morgan appears and knocks you out.

You’ll wake up in jail with Merlin and the Knights of the Round Table. Speak to him, followed by the Knights, until you receive a Lockpick from one of them. Use it on the metal door to trigger a puzzle. The best way is to set the numbers at 0 before you try to pick the lock. Increase them one by one until they show up with a green circle.

Once you’re out, you will find yourself on the ground floor of Keep Le Faye. Make your way to the top floor and take a look at the riddle on the northern part of the room (on the table). Select the second-last purple box to solve it and find the grail. 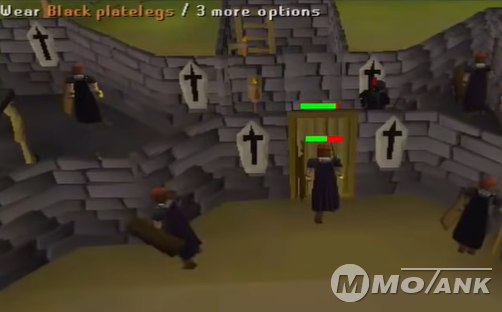 Now, go to the Wizard Cromperty, located east of Ardougne city. He will give you an Animate Rock Scroll, which needs to be used on King Arthur with the Holy Grail and Granite in your inventory. Equip the armor and items mentioned in the requirements section above, and then go to the Black Knights’ Fortress, which is located north of the Ice Mountain.

Walk through the guarded entrance, and then push the wall behind it to find a ladder that leads downstairs. Once you’re down, click on the free option on King Arthur, and speak to him. Give him the Bronze Med Helm and Iron Chain Body in your inventory so that he can escape. Finally, speak to King Arthur again in Camelot to complete the kings ransom osrs quest.

Thanks for reading, hope this guide on the king's ransom osrs quest is helpful to you. MMOtank will provide you with more game strategies and guidance!