NHL 18 Differences from the Core Game

NHL 18 is an exciting twist to the existing NHL formula.  It is easy to play even for the ones who haven’t really played this video game much.  There are lots of goal-scoring opportunities due to the smaller rink and faster pace of NHL 18.  Instead of following its peers, EA has taken a different course with sticking to its NHL Threes,i.e., three-on-three mode, but the game has super-fast pace and is different from the core game in many ways.

NHL 18 Differences from the Core Game

There are a lot of differences such as bigger and livelier UI.  The commentary is new as well, but the most significant changes are in the rink size.  The rink size is much smaller that impacts the whole gameplay.  There are end-to-end rushes due to the overall chaotic game, and most faceoffs fall to the wayside.  After a team scores successfully, the opposing team gets the puck, and the game carries on.

Another important difference is that along with standard rounds; you can play for set goals as well.  This way, you keep on achieving goals and play the game indefinitely.

Money pucks also add to the charm of NHL 18 as they give you bonus points randomly.  A money puck can even take your opponents’ points and give it to you, so they become pretty valuable. 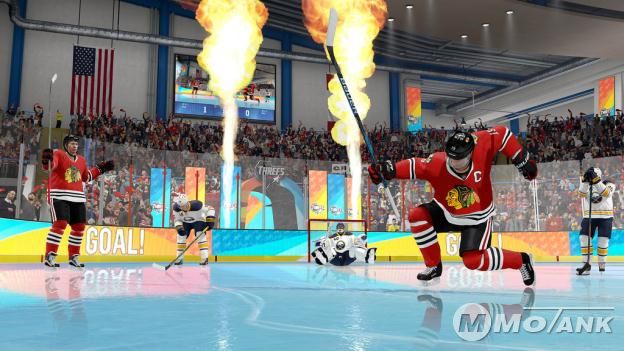 All this results in getting you a lot of opportunities to score goals, generating odd man rushes and breakaways.  It can be a significant factor in attracting new players to the game who often find it hard to score in the beginning.   However, they will still find it hard to score as HNL is inherently challenging and controls are pretty complicated.

NHL 18 will attract hardcore players more than the novice.  The upside is that instead of five, you will need only three players per side to start the game.  The lively arenas of NHL 18 is an excellent way to separate the digital world from the real sport.  Therefore, it stands a better chance to gain a significant following.